Consisting of nine members who serve three year terms and are appointed by the Mayor of Danbury, the Richter Park Authority role is to set policies for the park's operation. Members also serve on various Committees and Working Groups.

The Richter Park Men's Club is a social organization comprised of male golfers who share an appreciation for the game of golf. The Men's Club conducts approximately 15 golf events per year including a member/member, a member/guest and a Club Championship. Membership in the Club also includes the creation and maintenance of a USGA recognized handicap.

("The Richter Ladies") provides a competitive golf format for women of the Greater Danbury Area. Membership is open to all women, residents and non-residents, with a maximum USGA handicap index of 40.4.

The Richter Park Senior Men's Club is a social organization comprised of male golfers who share an appreciation for the game of golf. The RP Senior Men's Club conducts approximately 20 golf events per year that include a weekly tournament and three joint tournaments with Tashua Golf Club and Smith Richardson Golf Club. The tournaments are conducted as a 'scramble' format. In addition to the tournaments, there is also a year-end banquet.  Membership in the Club is restricted to men 60 years of age and above and also includes the maintenance of the USGA recognized handicap.

Cafe on the Green

Recently rated by Zagat as one of American's 1,000 Top Italian Restaurants, Cafe on the Green Restaurant overlooks the 18th green and 10th fairway of the golf course and provides Northern Italian cuisine and a menu that offers a full selection of appetizers, entrees and desserts along with an extensive wine list.

Richter Association for the Arts

Since its inception in 1971, Stanley L. Richter Association for the Arts as hosted some of the most interesting events of the Danbury area cultural scene. They include art shows, classical and popular musical presentations, lectures and ethnic performances. These spring and fall weekend events take place at the Richter House, adjacent to the golf course and are open to the public, admission by free will donation. Each autumn, area artists exhibit their works in Richter's most presigious event, the Annual Juried Art Show, to compete for cash prizes.

Musicals at Richter, Fairfield County's longest running outdoor theater is located in the scenic backyard of the quaint Richter House adjacent to the golf course's 18th hole. MAR has provided three full scale Broadway musical productions each summer for over 25 seasons. The 2022 productions will be In the Heights and The Sound of Music. 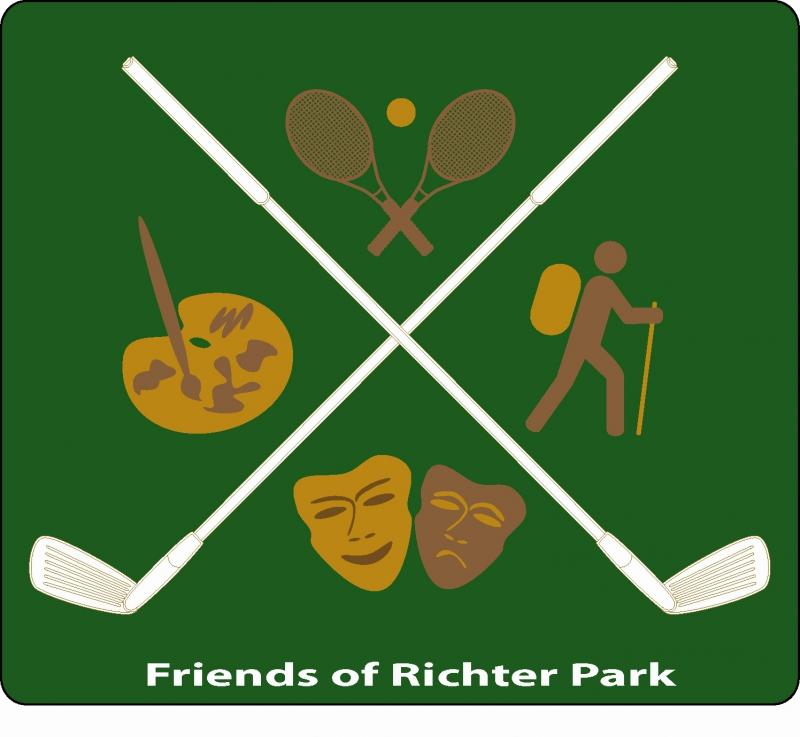 Friends of Richter Park, Inc. was established by the Richter Park Authority for the purpose of raising funds for the implementation of the Richter Park Master Plan. The plan, commissioned by the City of Danbury in 2007 and presented by Didona Associates and Mark Mungeam, has won several awards. You may view a complete copy of the Master Plan.

FORe is a 501(c)(3) and is accepting tax deductible donations through its website. Visit Friends of Richter for additional information.